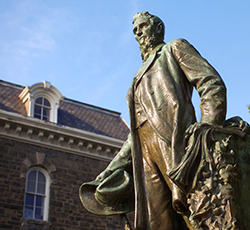 Would you feel comfortable telling a relative or a future employer that you had participated in the activity in question? If not, consider making a hazing report.

Hazing is prohibited by the Cornell Campus Code of Conduct and New York State Law.

"To haze another person, regardless of the person's consent to participate. Hazing means an act that, as an explicit or implicit condition for initiation to, admission into, affiliation with, or continued membership in a group or organization, (1) could be seen by a reasonable person as endangering the physical health of an individual or as causing mental distress to an individual through, for example, humiliating, intimidating, or demeaning treatment, (2) destroys or removes public or private property, (3) involves the consumption of alcohol or drugs, or the consumption of other substances to excess, or (4) violates any University policy."

Key elements of this broad definition include the following:

Joining a group should never involve:

Note: while some behaviors constitute hazing regardless of context (e.g., paddling, use of alcohol), others depend on the circumstances. For example, requiring athletes to perform normal calisthenics as part of conditioning would not be hazing, but requiring new members of a non-athletic student organization to do push-ups in the middle of the night would constitute hazing.

Hazing can result in a range of sanctions against organizations/teams and individuals that range from educational interventions to suspension or expulsion.

A person is guilty of hazing in the first degree when, in the course of another person's initiation into or affiliation with any organization, he intentionally or recklessly engages in conduct which creates a substantial risk of physical injury to such other person or a third person and thereby causes such injury.

Hazing in the first degree is a class A misdemeanor.

A person is guilty of hazing in the second degree when, in the course of another person's initiation or affiliation with any organization, he intentionally or recklessly engages in conduct which creates a substantial risk of physical injury to such other person or a third person.

Hazing in the second degree is a violation.

Members and their parents, group leaders/advisors, as well as their organization and national affiliates may be sued in civil court for mental or physical harm that results from hazing. Hazing on college campuses has resulted in numerous successful lawsuits.